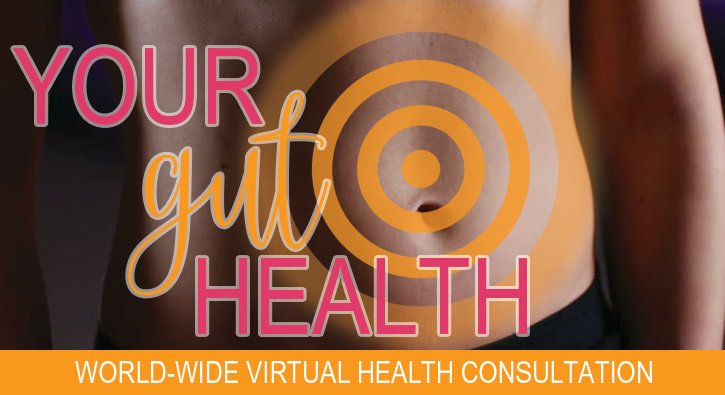 People come to me from all walks of life.  Some will ask me for healthcare advice when I’m out with my family.  I’ve had people come up to me in grocery stores, restaurants and even AutoZone searching for answers and trying to pick my mind without making an office visit.

A friend told me how his Mom tried to get him to get my autograph when they saw me eating with my family in a restaurant.  I would have been thrilled to give her one!

He wouldn’t do it and she got mad at him.  He told me about it when I ran into him a couple of months later at the post office and we had a good laugh.

I don’t take it personally.  It’s the life I chose.  I enjoy helping people feel better and it gives me a great deal of gratitude when I see that my knowledge helps someone become much happier.

I’m sure that you have noticed that all of my articles and emails end with the phrase, “Health is Happiness”.  I believe that phrase is 100% true 100% of the time!

Recently, I was at a family get together.  A distant relative of mine asked me about her father.  He had been dealing with some health challenges and his mental acuity and function had decreased really fast.  She said that he was dealing with dementia like symptoms.

Can a UTI cause Dementia or Delirium?

My first question to her was, “Has he been tested for a urinary tract infection (UTI)?”

You see, any type of infection can cause a dementia like condition called “delirium”.  It is common for people with a UTI to develop delirium which is a state of confusion and loss of mental acuity or sharpness.  It can come on fast and literally occur within 1 to 2 days.

What are the symptoms of a UTI?

How often should I get tested for a UTI?

I believe that people above the age of 55 should be tested at least once every 6 months to determine if they have a UTI even if they are asymptomatic.

Infections can be stealthy.  Up to 22% of men and 25% of women have an asymptomatic UTI.

This means that potentially 1 in 4 women have an asymptomatic chronic urinary tract infection.

Asymptomatic means no symptoms.  You could be reading this article and have an infection and don’t even know it.

I’ve said it many, many times:  “Inflammation is the cause of all disease”.  Maybe an “asymptomatic” UTI could be causing your knees to hurt, or maybe your neck, or other joints.  It can really happen.

Why do Senior Citizens get UTI’s?

Senior Citizens are prone to getting UTI’s because of lack of mobility issues, etc…  Many females will develop “leakage” and have to wear special undergarments to save embarrassment in public.

A routine urinalysis test is easy to do and could catch a UTI before it causes major symptoms of dementia or delirium.  Additionally, one of the first things that I analyze when going over blood work is white blood cell counts to look for signs of an infection.

What Tests show a UTI on a Urinalysis?

Leukocytes are white blood cells that can be seen during a routine urinalysis if a UTI is present.  However, it is important to realize that leukocytes in the urine are not a conclusive sign of a UTI.  Leukocytes could simply be a sign of inflammation in the kidneys or urinary tract.

Nitrites are a possible sign of a bacterial UTI.  Nitrates are normally found in the urine.  Certain bacteria, such as E. coli, can convert nitrates into nitrites.  A positive nitrite finding on a urinalysis is considered a positive finding for a UTI especially when leukocytes are elevated.

Blood in the urine can be a sign of a UTI due to the irritation of the mucous membranes lining the urinary tract.  However, it isn’t a conclusive finding.  Other findings such as leukocytes and nitrites are more reliable.

What Tests could show a UTI on a Complete Blood Chemistry?

On a Complete Blood Chemistry (CBC) with differentials, the absolute neutrophil count can go very high when there is an acute bacterial infection.

A thorough analysis of the CBC needs to be performed by a licensed healthcare practitioner who has a working knowledge of how to interpret labs.

How does E. coli cause a UTI?

E. coli can be spread from the anus to the urethra where it can enter the urinary tract.  E. coli can also enter the body through fecal/oral transmission.

The fecal/oral route doesn’t usually cause a UTI, but could cause vomiting, diarrhea, and stomach cramps.

What Can I do to prevent a UTI?

It is important for females to wipe from front to back after using the restroom.  Wiping from the back to the front can bring fecal matter into close proximity to the urethra (the opening that urine comes out of) and introduce bacteria such as E. coli into the urinary tract.

It is important for both males and females to clean up thoroughly following sexual intercourse.  Good hygiene can work wonders in UTI prevention.

It is important to stay hydrated so that you go to the restroom on a regular basis and flush the kidneys and bladder.  Bacteria can kind of “root” into the mucous membrane of the urinary tract.  By flushing your system with water, you don’t give them as much time.

Uva Ursi and D Mannose are great at helping people with urinary tract infections.  It’s very important to be retested after doing an antibiotic regimen or natural protocol to make sure that you completely cleared the infection.

It isn’t good enough to feel better and just think that the infection is gone.  Testing is king.  If you are not testing, you are guessing.

Guessing can cause you to have a low level smoldering fire of an infection inside of your body that could lead to chronic inflammation and disease over time.

What about Bacterial Biofilms?

Additionally, antibiotics are notorious for leaving behind bacterial biofilms.  Bacteria are very clever.

Bacteria can create a protective coating (like a dome) around them and hide inside.  Once hidden, they can be a source of chronic “stealth’ infection.

When biofilms are present, the immune system can’t always see the bacteria because of the dome coating and the pattern of the biofilm breaking open and releasing bacteria into the system can occur over and over again for years.

Any time a new patient mentions chronic fatigue, it sets off alarm systems inside my head that they may have some biofilm formation that might need to be addressed.

Can Antibiotics break down Biofilms?

Antibiotics are becoming less effective at breaking down biofilms due to antibiotic resistant strains of bacteria.  In addition, antibiotics are hard on the liver and kidneys.

Antibiotics also kill the “bad” bacteria, but they also kill the “good” bacteria or your “friendly” colony in your digestive tract.  It’s important to maintain your healthy colony through the use of quality probiotics.

This is especially important if you have been on any type of antibiotic regimen at any point in your life.  Once you kill off your friendly colony, it doesn’t come back without replenishment and maintenance.

How is SIBO related to Antibiotics?

It is also common for people to develop a condition called “Small Intestinal Bacterial Overgrowth” (SIBO) after using antibiotics.  People can have a migration of bacteria (that would normally only be found in the large intestine) into their small intestine.

SIBO is conventionally treated with antibiotics.  Sound ironic?  That’s why people with SIBO have so many long-term difficulties.  It’s another example of a dog chasing its’ tail.

Guess what the most common type of bacteria that is found in SIBO is?  Yep, E. coli!  Those tiny little bacteria can not only get into the urethra and cause a UTI, they can get into the mouth from fecal contamination, and they can migrate up into the small intestine if the environment is right.

I have Rheumatoid Arthritis which is pretty crippling. I have been living in pain for a long time. I couldn’t even roll myself over in bed, my husband had to help me. I can do that now so that’s a blessing right there. Dr. Currie has helped me a lot.

Check it out. Dr. Keith Currie's newest report, "10 Ways to Heal Your Gut." Signup to get your free eBook copy now. Change your life!

Success! Now check your email to confirm your subscription.

Learn what your doctor isn’t telling you about gut health problems – and your healing options. Our free eBook is easy reading and quick to apply.

Leaky gut, also called increased intestinal permeability happens when tight junctions in the gut, which control what passes through the lining of the small intestine, don’t work properly. That lets substances leak into the bloodstream. Leaky Gut plays a role in gastrointestinal conditions such as celiac disease, Crohn’s disease, and irritable bowel syndrome.

Hashimoto’s thyroiditis, also known as chronic lymphocytic thyroiditis, is the most common cause of hypothyroidism in the United States. It is an autoimmune disorder. Antibodies directed against the thyroid gland lead to chronic inflammation.

The medical information on this website is provided as an educational resource only, and is not intended to be used or relied upon for any diagnostic or treatment purposes. This information should not be used as a substitute for professional diagnosis and treatment. Please consult your health care provider before making any healthcare decisions or for guidance about a specific medical condition.