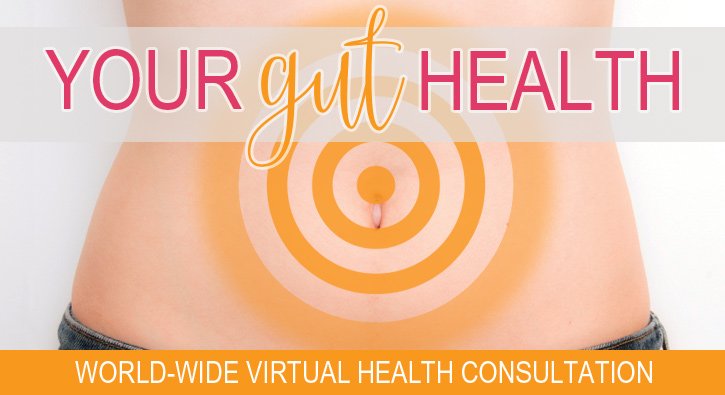 Irritable bowel syndrome (IBS) and Small Intestinal Bacterial Overgrowth (SIBO) are severe health problems that affect millions of people worldwide. Many people are left frustrated after trying numerous conventional or traditional methods in their desperate attempts to find relief that didn’t work or in some cases made them worse.

How are IBS and SIBO related to Adrenal Fatigue?

One of the common findings of IBS and SIBO is a condition called “Adrenal Gland Fatigue”. When you are in adrenal gland fatigue, it can affect your entire world. In fact, it can turn it upside down.

Adrenal Fatigue can not only make you feel horrible but it can affect your day to day interactions with your family, friends and co-workers. Relationships have been destroyed and left in ruin due to this condition.

Adrenal gland fatigue can even effect your interactions with people you don’t know such as the cashier at the local grocery store or the bank teller.

You can’t see yourself and how people perceive or see you. One thing for sure, is that when you have adrenal gland fatigue, you are not yourself.

How does Adrenal Fatigue cause Catabolism?

One of the devastating effects of IBS, SIBO and the corresponding adrenal gland fatigue is that it puts the body in a chronic state of catabolism. When the body is in a catabolic state, it is in a state of chronic breakdown.

These conditions can cause your body to be in a state of “cat”astrophy. Catastropha, is of Greek origin and means “an overturning”, or “a sudden end”.

You can’t be healthy and “feel good” when your body is in a chronic state of self-destruction. This chronic breakdown associated with IBS and SIBO occurs in 3 main places:

How can Adrenal Fatigue Break down the Skin?

The skin is the largest organ in the body. It is your first barrier and line of defense against infections of all types. It has profound effects on one’s health and gives great insight into a person’s overall health.

An example of that is the course dry skin that is a sign of possible hypothyroidism. Over the years, I have helped many female patients who had course, dry skin and were dealing with severe fatigue issues.

Some also had thinning hair, loss of the outer 3rd of their eyebrows, brittle nails, obesity and extreme difficulty losing any weight at all.

These are signs of a catabolic process and lab tests confirmed an autoimmune disease called “Hashimoto’s Thyroiditis” in many of them.

When there is a condition such as IBS or SIBO, it contributes to the catabolic or breakdown state of the body and proteins in the skin get broken down by the body in an attempt for the body to maintain its’ balance.

Can IBS or SIBO cause Dermatitis?

The involvement with the skin is why many dermatological signs, symptoms, and conditions such as acne, psoriasis, eczema, and other forms of dermatitis in general could be related to IBS and SIBO.

Dermatitis means inflammation of the skin. It’s easy to understand how your skin will be inflamed (dermatitis) and unhealthy when its’ proteins are being constantly stripped to maintain balance in other locations in an unhealthy body.

That is one of the unexpected surprises for many of my patients. I help identify the root cause/s of their poor health, most of them lose weight in a healthy way, and most of them have an improvement in their complexion and skin health.

Some people may not think about the health of their skin or complexion as a major sign of poor or good health, but since it is the largest organ in the body, I’d say it’s of grave importance.

The second place that gets catabolized (remember – broken down) when the body is in an unhealthy state is the skeletal muscle. Your lean muscle is critically important in order to maintain and preserve good health.

Just yesterday, I had a patient tell me that she exercises because she knows that “Healthy thighs are what keep me alive.”

There is great wisdom in that statement and I really appreciated that she already knew and understood that concept. It falls right in line with grip strength.

Simple grip strength testing is a reliable marker of overall health and an increased or decreased risk of morbidity and mortality (whether you are likely to die soon or later based off of your health).

How could a weak Diaphragm affect Me?

Everyone knows that the heart is the muscle that keeps oxygen rich blood pumping to the entire body. We don’t really need to go in-depth there. But, when the diaphragm is weak, you don’t get adequate filling and emptying of the lungs can become a major, life threatening problem.

It’s actually a sneaky life threatening problem because it is one that many people don’t even realize is occurring. The contraction and relaxation of your diaphragm is how waste gasses are expelled from the body and how oxygen gets into the body.

You can live without food for weeks. You can only live without water for days. Why? Because water has oxygen in it. If you don’t get oxygen, your brain and nerves suffer, become damaged and die. It’s that simple.

Therefore, when your diaphragm muscle is weak (because your muscles are being stripped of their proteins) your lungs may not empty and fill in an adequate manner. This can cause even faster breakdown and could ultimately lead to an earlier death.

How is Lean Muscle related to Insulin Receptors?

Only people who exercise truly regain health. The challenge is that so many people are so unhealthy that they can’t exercise during the beginning stages of their recovery process.

That is one of the great joys that I have in working with my patients. I love seeing the transformation that takes place in patients who are willing to be dedicated to what I teach them.

So, it should be clear to see and easy to understand that when your muscles get broken down, you are 100% going to be less healthy which leads to a possible array of various diseases.

How can IBS and SIBO affect Digestion?

The third area that gets broken down when the body is in a state of catabolism, is the digestive tract. The stomach breaks down your food. The small intestine absorbs nutrients from the liquefied food.

When you have IBS, the villi in your small intestines are constantly trying to repair from the damage that is being caused. Therefore, you don’t have the surface area to absorb nutrients and you can get into a state of chronic malnutrition.

Does Obesity cause Malnutrition?

An obese person is someone who is severely malnourished. Even someone who is slightly overweight is most certainly dealing with some form of malnutrition. Remember, the body will take from areas it’s deficient in.

Adipocytes (fat cells) have been shown to act like endocrine cells. That means that they are capable of producing hormones!

There is a phenomenon in the body called the Neuro-Endocrine-Immune loop. If one system is down, it will affect the other two. When your fat cells are producing hormones, your nervous system is going to be effected and so will your immune system.

Why is the Gut called the Second Brain?

The gut is called the “second brain” because its’ neurons are much like the neurons in the brain. In fact, up to 95% of serotonin (a neurotransmitter) is made in the gut.

Now let’s really put this into perspective. Serotonin is a neurotransmitter that acts on the brain. But another of its’ main functions is to control digestion and motility of the digestive tract.

Constipation, and diarrhea seen with IBS can be varied based off of serotonin levels by something like small intestinal bacterial overgrowth in the intestines (SIBO).

That is just another example of how gut health is tied in with brain health. Poor gut health can create digestive issues but also be linked to depression, anxiety, mood disorders and chronic fatigue.

To summarize this article:  When you have any health condition that has gone on for a while, such as IBS or SIBO, it can cause breakdown of body tissues.

This breakdown can lead to a state where the body is trying to cope because breakdown in the body creates a stressed system.  The adrenal glands work hard to help the body regulate but ultimately can become fatigued and worn out.

I believe that it is best to identify your causes of possible adrenal fatigue and work hard to correct them.  Sometimes, people need professional help to identify their cause/s of adrenal fatigue.  That is where a thorough case history and laboratory analysis can really be helpful.

I had a deep vein occlusion behind my right eye 2 years ago. Since that occurred, I have been legally blind in that eye. Dr. Currie ran some lab tests and found that my homocysteine was very high. He put together a plan for me to get healthier. I lost 25 pounds and my ophthalmologist told me that my eyesight has improved in my eye. I have been having injections for years in that eye with no improvement and within just a few months of working with Dr. Currie, there was a measurable improvement. Also, I have much more energy and my constipation is gone.

Check it out. Dr. Keith Currie's newest report, "10 Ways to Heal Your Gut." Signup to get your free eBook copy now. Change your life!

Success! Now check your email to confirm your subscription.

Learn what your doctor isn’t telling you about gut health problems – and your healing options. Our free eBook is easy reading and quick to apply.

Leaky gut, also called increased intestinal permeability happens when tight junctions in the gut, which control what passes through the lining of the small intestine, don’t work properly. That lets substances leak into the bloodstream. Leaky Gut plays a role in gastrointestinal conditions such as celiac disease, Crohn’s disease, and irritable bowel syndrome.

Hashimoto’s thyroiditis, also known as chronic lymphocytic thyroiditis, is the most common cause of hypothyroidism in the United States. It is an autoimmune disorder. Antibodies directed against the thyroid gland lead to chronic inflammation.

The medical information on this website is provided as an educational resource only, and is not intended to be used or relied upon for any diagnostic or treatment purposes. This information should not be used as a substitute for professional diagnosis and treatment. Please consult your health care provider before making any healthcare decisions or for guidance about a specific medical condition.